I am very proud to once again be a part of a Warrior Songs album. I wrote and recorded a song called "Seawolf 7-6" for the upcoming Warrior Songs vol. 3, "The Last Thing We Ever Do." This song tells the story of Bill Martin, a helicopter pilot in the Vietnam conflict who performed magic shows for the local children in the villages of the Mekong delta in his downtime between missions.

I recorded my song at Blast House Studios with the expert help and guidance of Landon Arkens. Joining me were John Christensen on upright bass and Michael Koszewski on drums. I feel extremely fortunate to have such wildly talented people willing to play and record my song!

I'll be playing two events to celebrate the release of this compilation CD. A fundraiser at the Bos Meadery in Madison, and the actual CD release party at Turner Hall in Milwaukee.

In the meantime, you can pre-order the CD and learn more about the Warrior Songs mission at https://warriorsongs.org 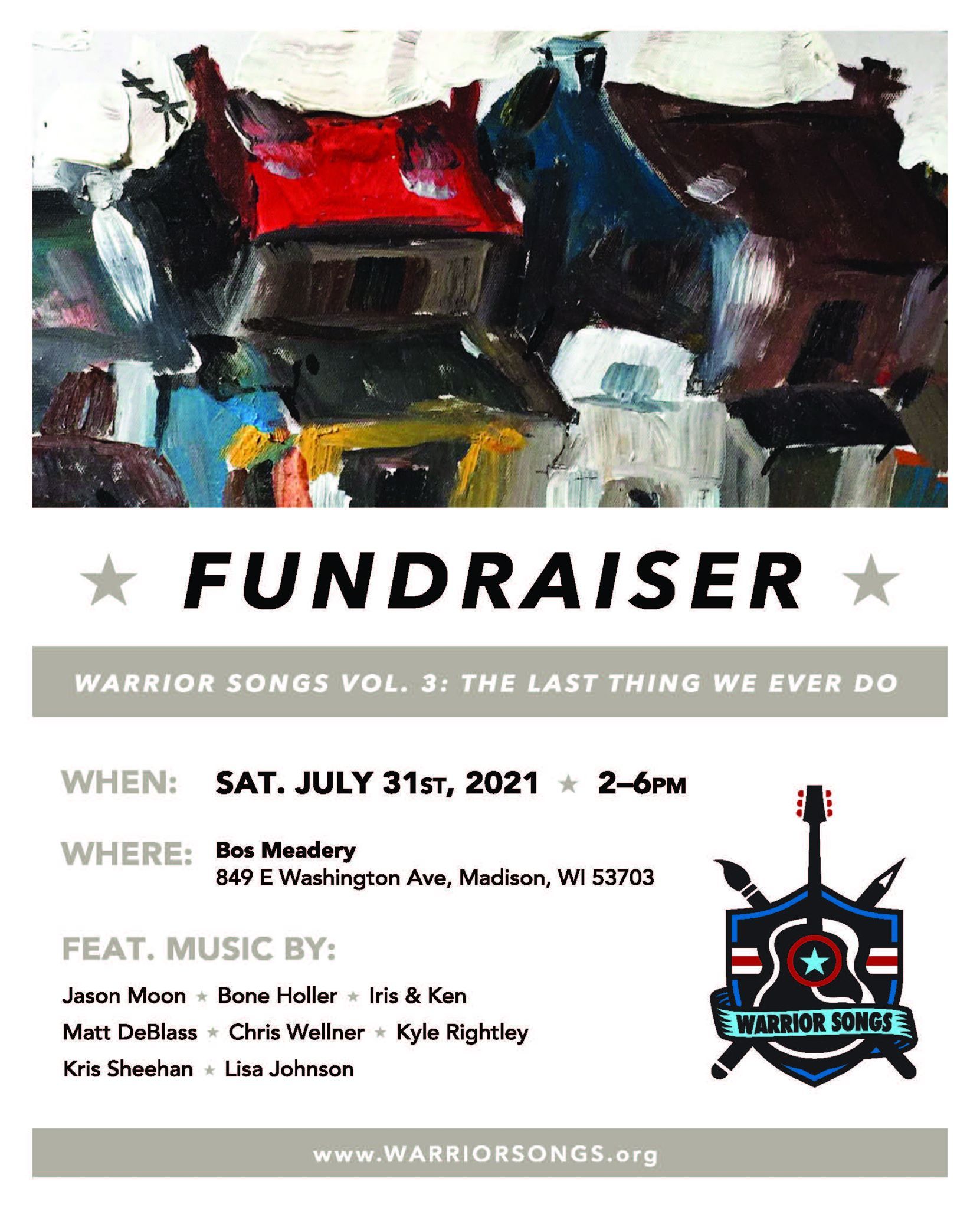 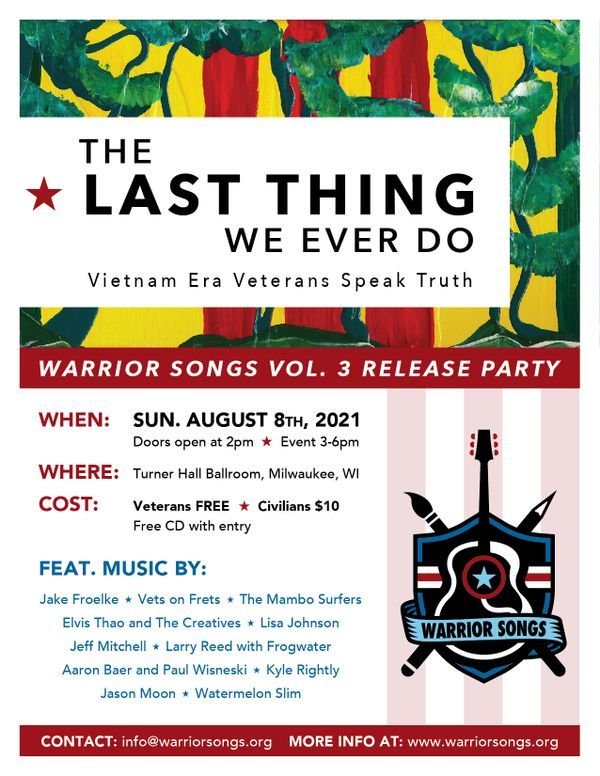