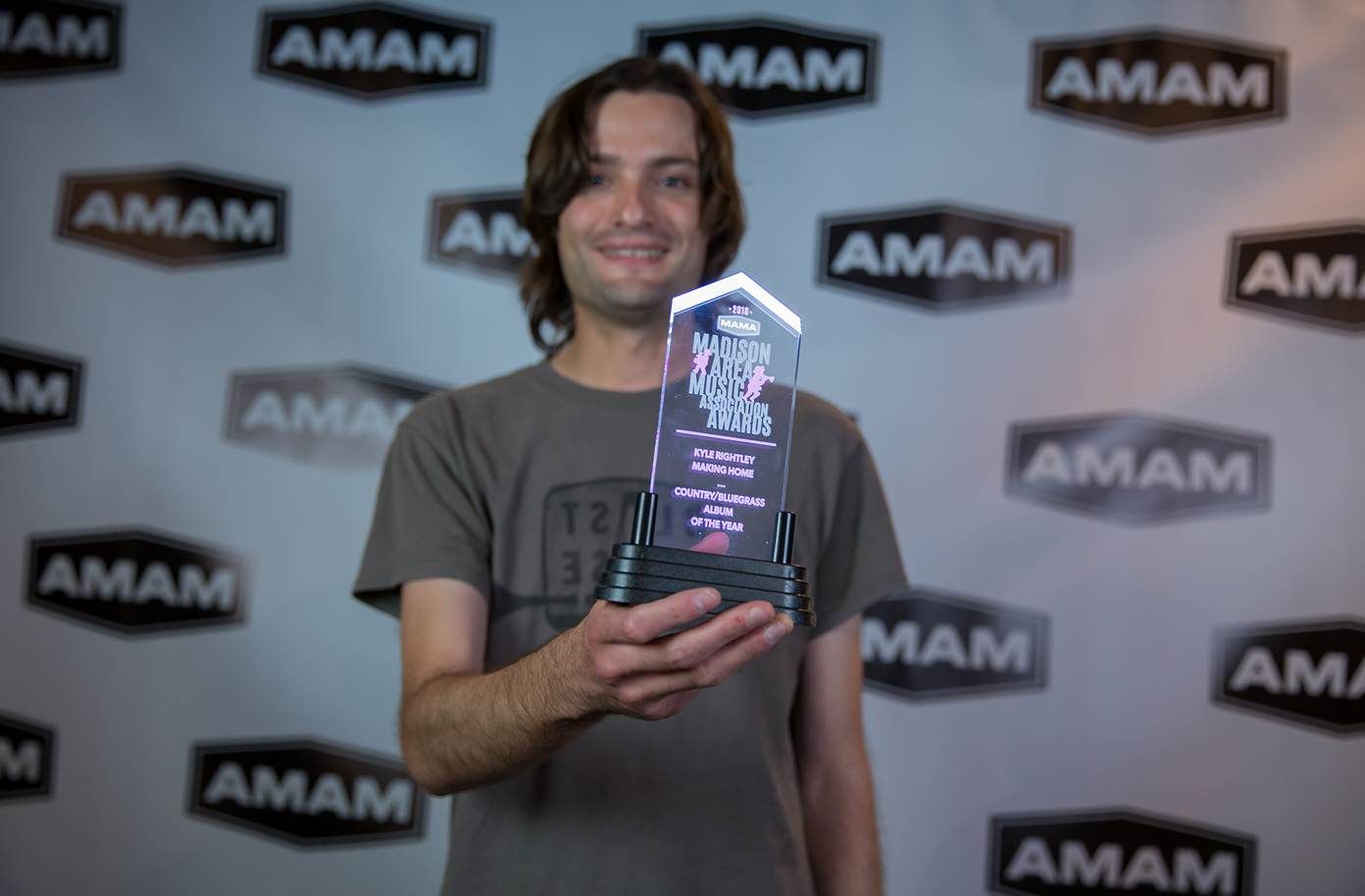 Apparently, I was holding the award backwards for this picture and they had to flip the image. But don't pay too much attention to that. :)